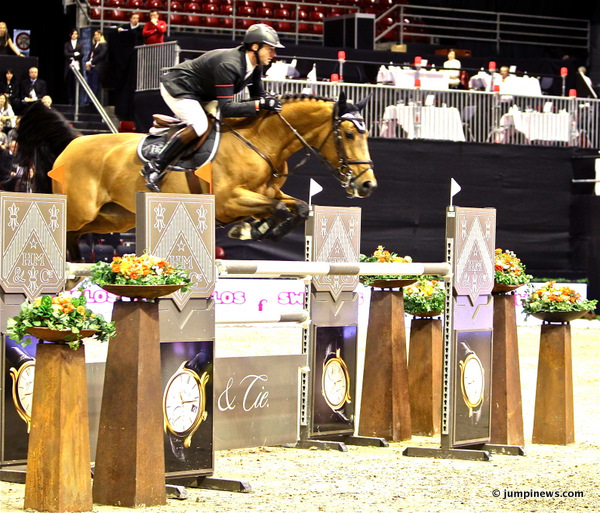 Definitely in good shape, Patrice Delaveau wins on Sunday morning the Basel Canton GP. Ornella Mail, obviously still going well after her performances of the day before, was catching up to Bosty’s time who was then in the spotlight. Bosty admits he’s thrilled of this week-end in Basel with Castel Forbes Cosma : “She once again did a great job in this Grand Prix, Patrice drew a great path through this playoff and succeeds where I wasted some time…it’s the game!”. The same game was briefly disturbed by the presence of a track worker while Bosty was about to jump the first obstacle. But still, no excuses, Delaveau was the best and Ornella formidable. The Swiss folk was counting on Pius Schwizer and Steve Guerdat to bring victory, but in the end, it’s the young Martin Fuchs who realizes the best Helvetian performance by taking the 3rd position with Karin II CH.